Variation within the 62126 Motif 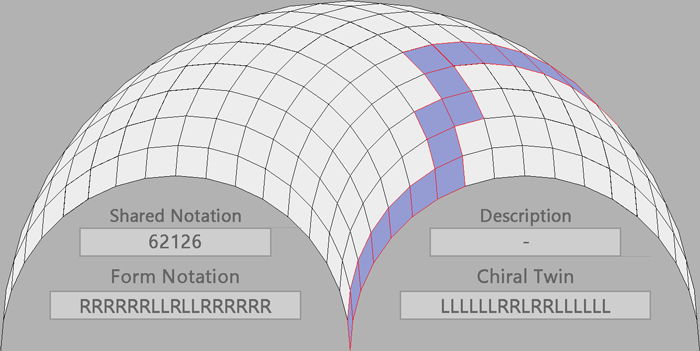 This dome is expanded from the basic dome in using the 62126 motif. It is made of all 18 of the 18 tile types of 36-old symmetry. From the plan view the upper vertices of the 18 mogharnas tile types have 10° through 180° angles at 10° increments. The 180° tile is vertical and so is only visible as a line at the outside of the regular dome. It is under overhanging tiles and thus hidden on the two tiers.

As is visible on the plan view of the expanded 62126 dome, the 62126 motif of the second, outer tier is not symmetrically placed with the first iteration of the motif. Rather, although it has the same orientation, it is rotated 25° more. This error (less than optimally symmetrical) resulted in a distinctly different geometry for the second tier. This indicates one source of variation within the 62126 motif expansion.

The 62126 tier expansion requires adding mogharnas surfaces/tiles to bridge the gaps between adjacent copies of the motif. A large amount of variation is possible here as well. To illustrate a single example of this consider the animated GIF above. A dimple appears in the second tier of the 62126 expansion. Although I removed it to make the resulting solution more symmetrical and thus more pleasing, it is still a valid variation which results in a single continuous surface with out cracks or holes. Topologically it can be mapped to a circular or planar figure.

The dimple is of interest for other reasons, too. If one considers the dimple as half of a semi-regular hexahedra, then you can easily understand how I fixed it. The narrow upper diamond share was placed on the opposite side of the hexahedra as were the other two rhombs. This raises the question of whether and how such muqarnas hexahedra could be used structurally. Each such mogharnas hexahedra (block) could have eight internal struts connecting opposite corners and each other. When attached to other muqarnas blocks an internal system would distribute tension and compression. An example of a dome created with muqarnas hexahedra can be seen here. It is based upon the 32-fold mogharnas family.

The amount of potential variations or combinations is quite large, possibly on the order of that of the motifs themselves. This means there are millions of unique variations of motifs and their own variations. This, even while maintaining strict 36-fold rotational symmetry. Furthermore, all this variation is limited to only one of the 36-fold systems basic forms – the regular dome. Most assuredly the other families of forms also possess inherent combinatoric possibilities.

Who cares about the millions of variations? Architects respect structural engineers and materials scientists.

Muqarnas have been around for a thousand years. Another example, once the severe limitations of geodesic domes were understood, they ceased to be of interest. The virtually infinite forms and variations offered by mogharnas have not begun to be explored – period. Architects who aren’t simply practical designers remain enamored of the concept of a romantic if undisciplined approach to design.

Variation of the 62126 Motif Angular Placement 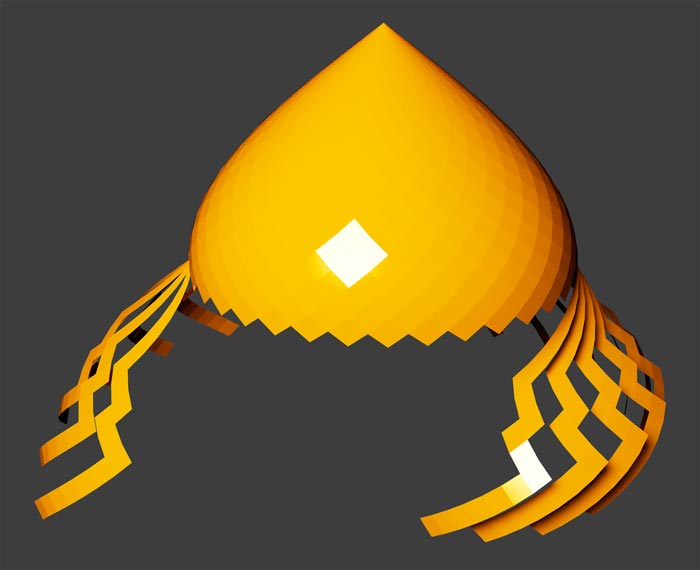 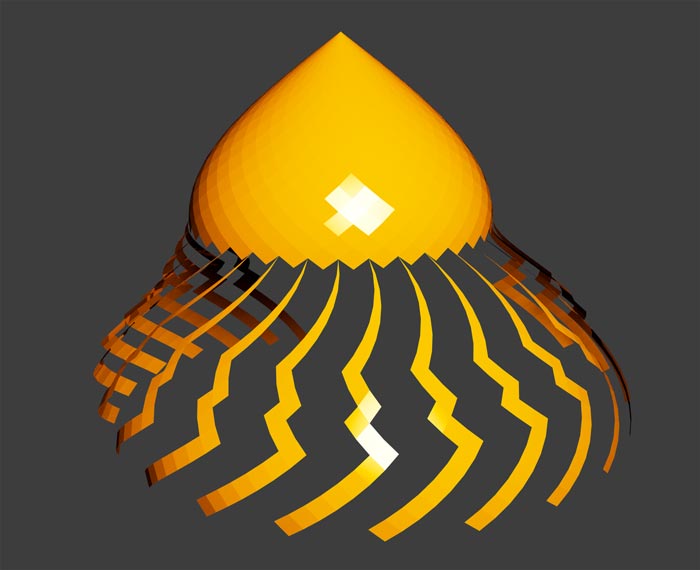