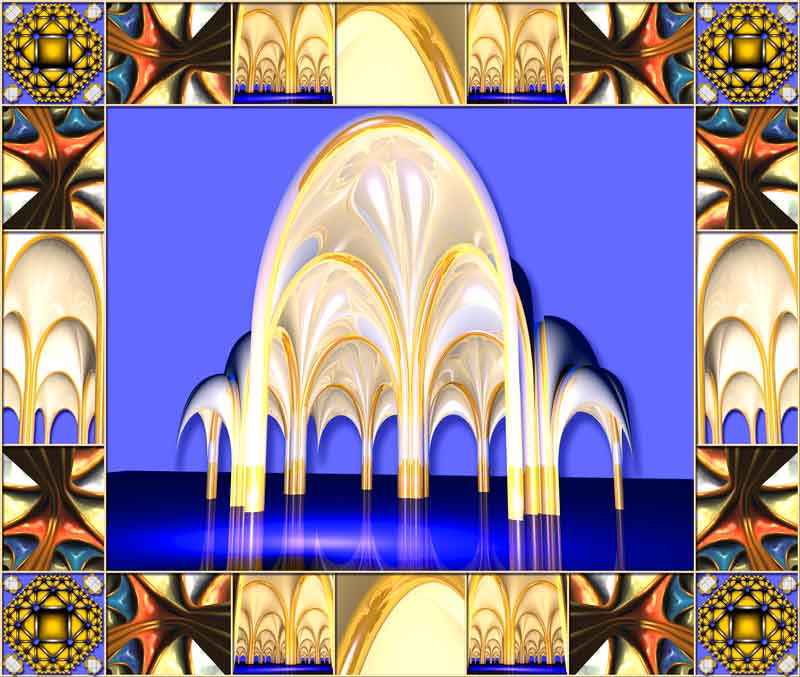 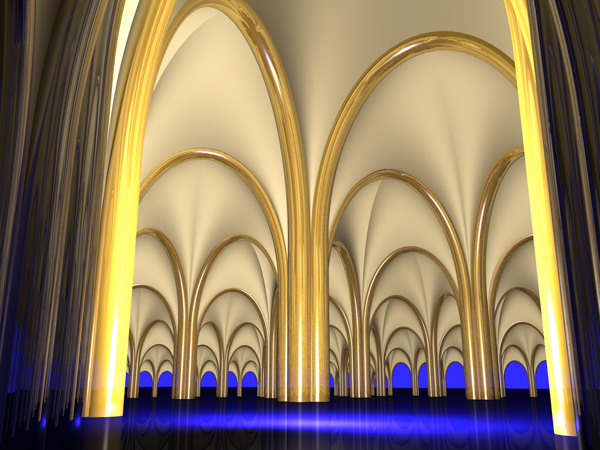 M. C. Escher responded to the some of the mathematician H. S. M. Coxeter’s work. Specifically, Escher was fascinated with a figure which “depicts a tessellation of the hyperbolic plane by right triangles” Coxeter Tesselation (Wikipedia). The Circle Limit III, 1959 was a result of M. C. Escher’s ‘Limit’ tesselations. Another is the print Square Limit, 1964. It is in the National Gallery of Art. In both the upper size ‘Limit’ is obvious. Both Escher’s and Coxeter’s creations of limit tesselations of the plane are two dimensional. I was aware of some of Escher’s ‘Limit’ pieces, but not Coxeter’s. In conclusion, my arched form displays how this hyperbolic limit approach can be applied three dimensionally in real world architecture.

The Two Types of Arch Springs in 2002 Arches 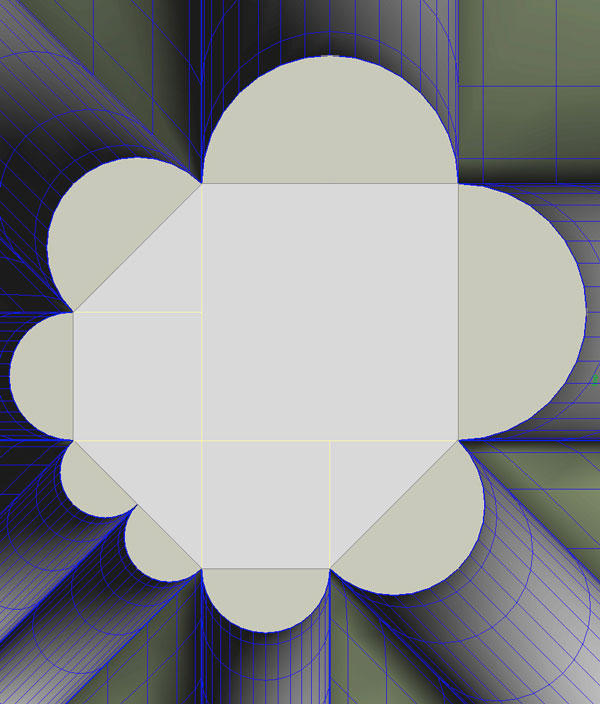 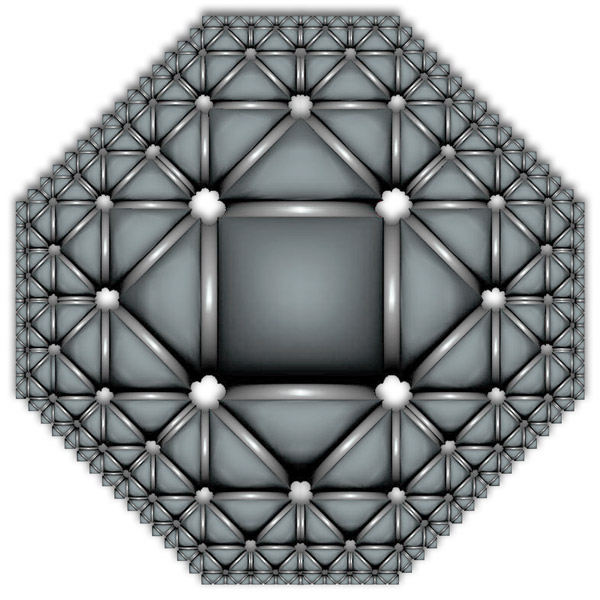 Each vault is a regular 45° 90° 45° right triangle. The result is arches whose sizes are related by the square root of 2. This plan view has one additional outer ‘ring’ of even smaller arched vaults than the arched model. This demonstrates that the ‘rings’ can be extended at will until their relative size is impractically small. 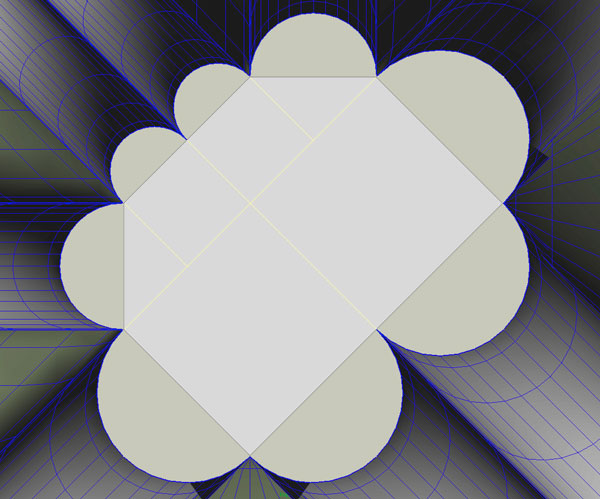 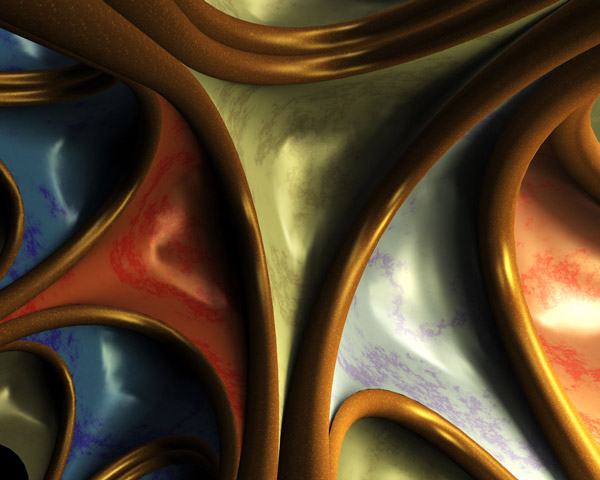 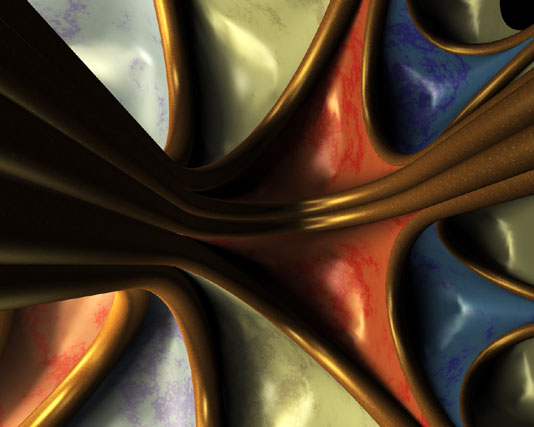