The 3D view of each of the sixteen (16) mogharnas tiles I use in my creations can be seen here.

The 1-3-1-3-1-7 X2 Seed displays symmetry in two planes at right angles. Each tile is 180° opposite an identical tile. Thus, any set of contiguous tiles totaling 180° is matched by an equal and opposite set. So this type of seed is [(set) X2]. Since I chose to use the muqarnas tiles which use 32-fold symmetry there are other possible symmetries which have multiple groups of elements. In addition to X2, X4, X8, X16, X32.

Seeded mogharnas symmetry can be chiral or non-chiral. Thus, the chiral Crescent motif could be used for form expansion. This example has the central dome expanded with three tiers using the Ray motif. 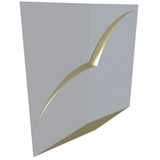 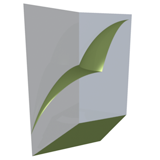 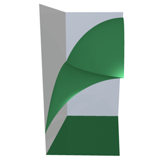 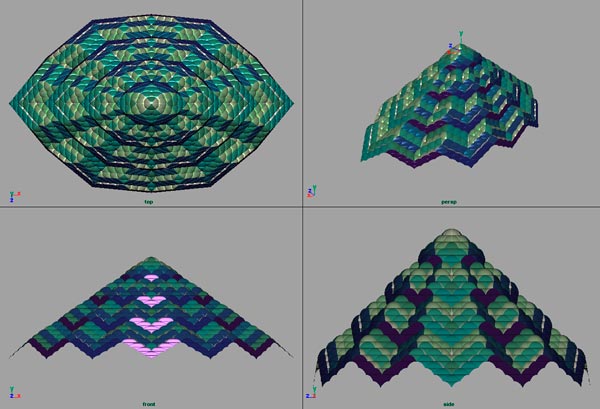 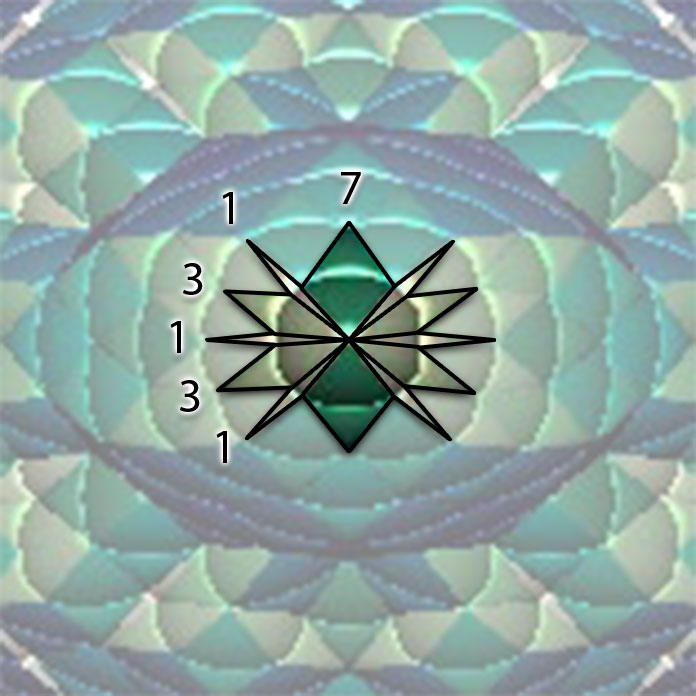 This form uses the seed expanded to three additional tiers with the Ray motif. The Ray motif provides the simplest and most reliable method for expanding mogharnas / muqarnas forms, which is why I use it so often. 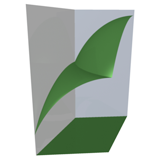 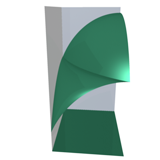 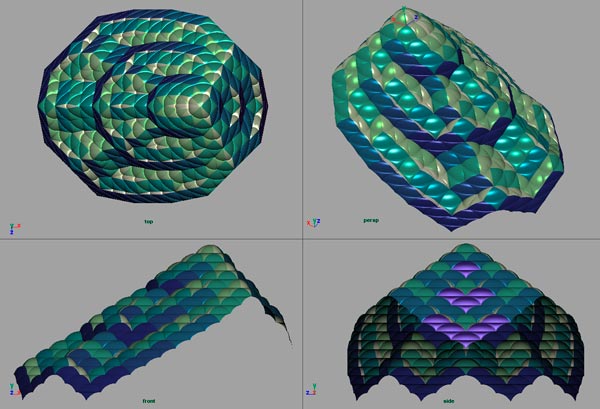 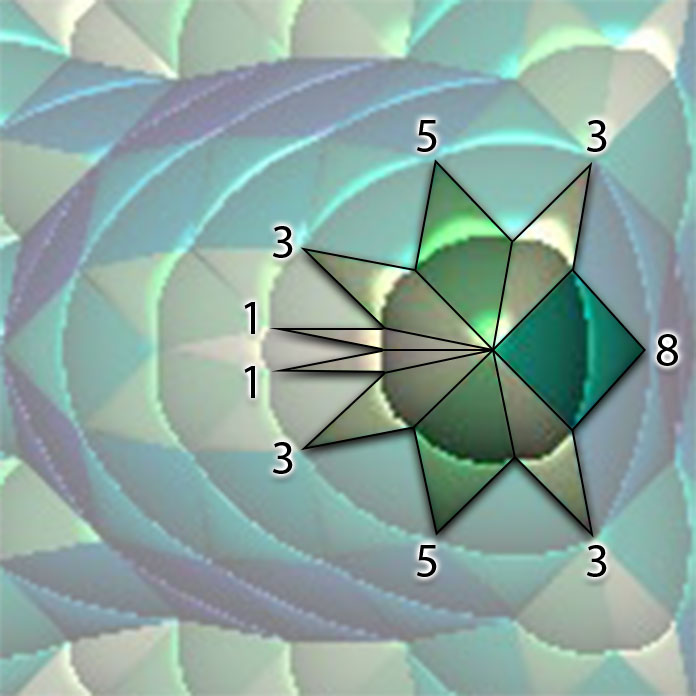 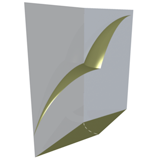 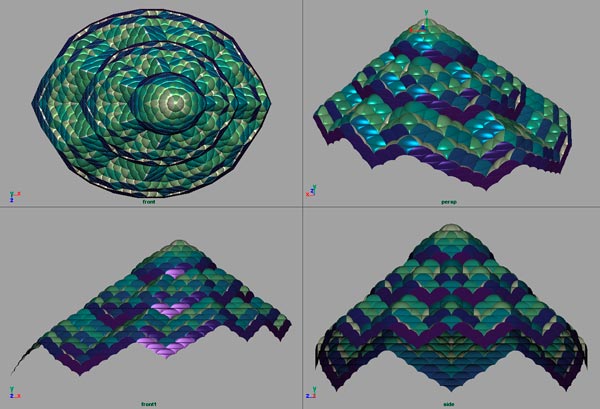 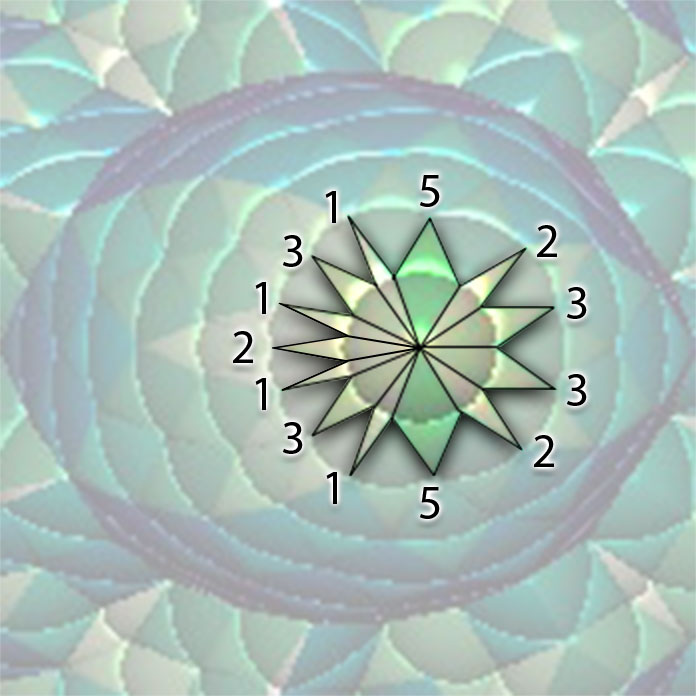