The Ray motif is currently the only motif that does not have a right and left handed version. Right and left handed symmetry is known mathematically as chirality or enantiomorphism. It’s unknown whether other motifs derived from the traditional muqarnas dome share the non-chirality of the Ray motif. Furthermore, the Ray motif expands a traditional dome with two distinct elements. These ‘rays’ diverge in the lower, larger tiers (layers). The other known motifs have only single elements. There may be more non-chiral motifs. There are certainly more chiral motif pairs.

The Crescent motif shows the ‘left’ and ‘right’ handed versions on alternate tiers of the expanded dome, both in the images and the animation. This may be the most attractive way to use such chiral motifs.

Finally, there are animations of expanded muqarnas domes for both the Ray and Crescent motifs.

Motifs with Rendered Images and Animations 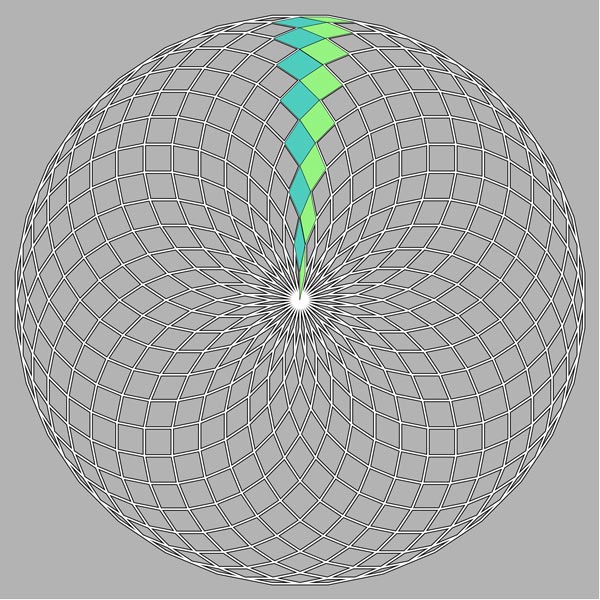 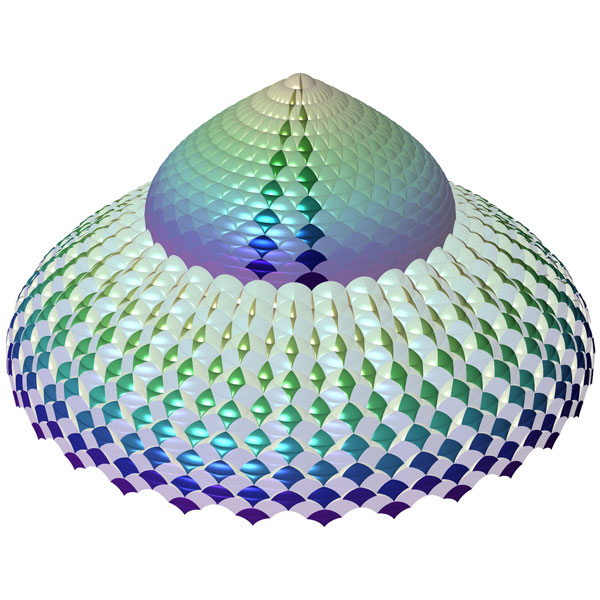 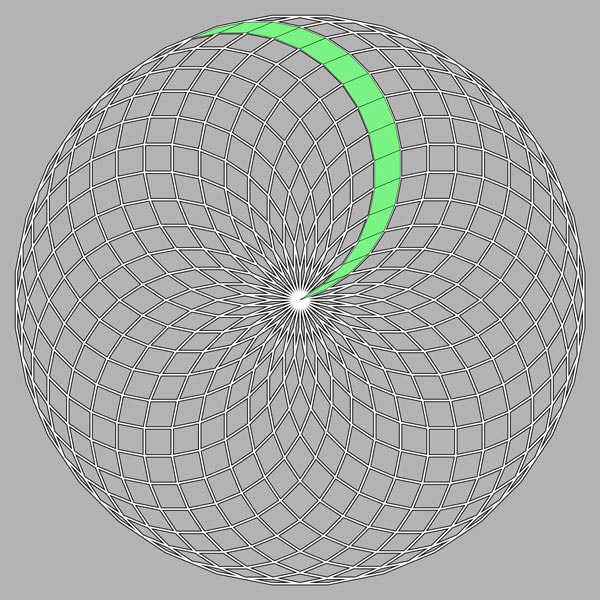 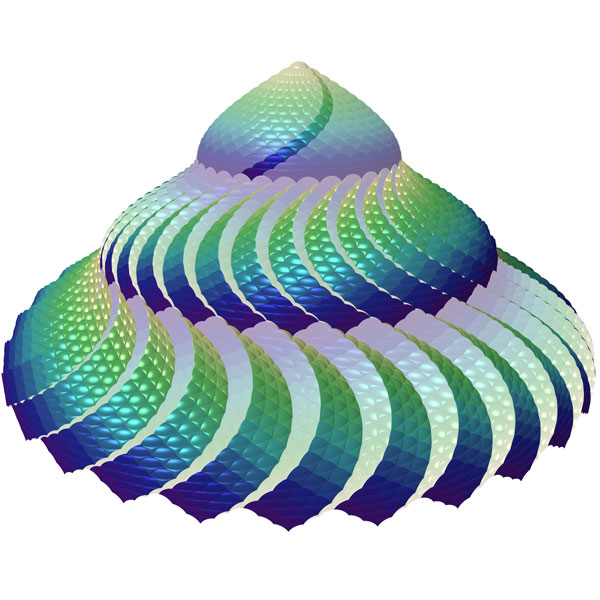 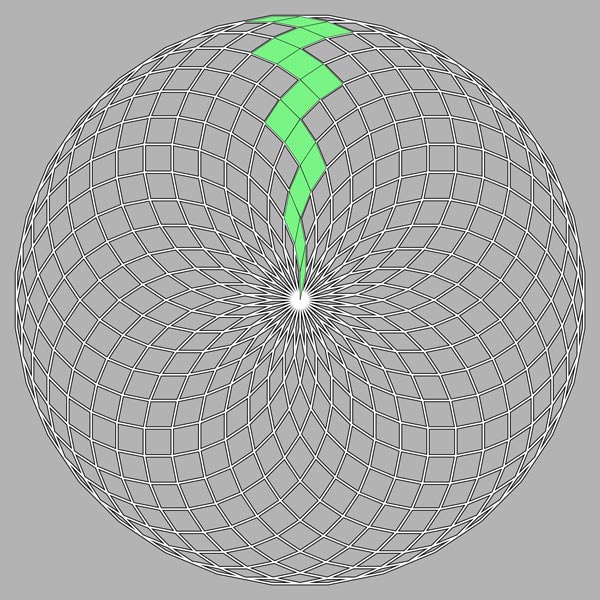 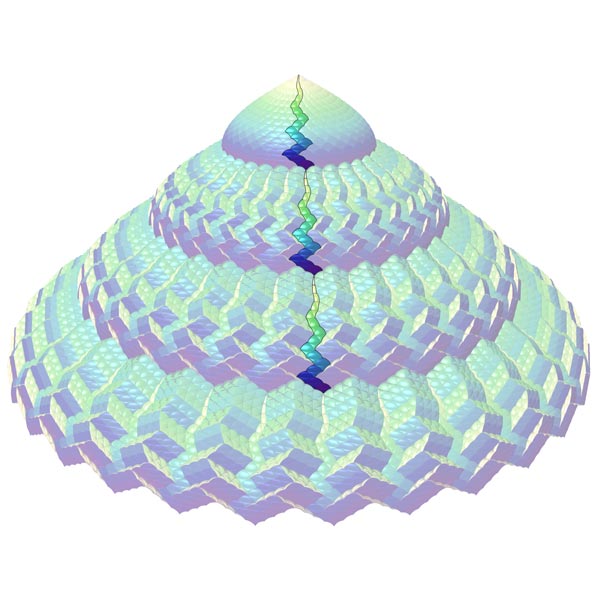 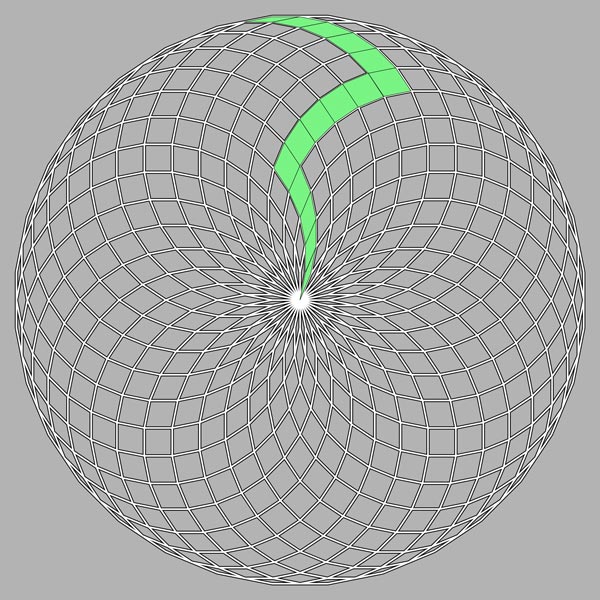 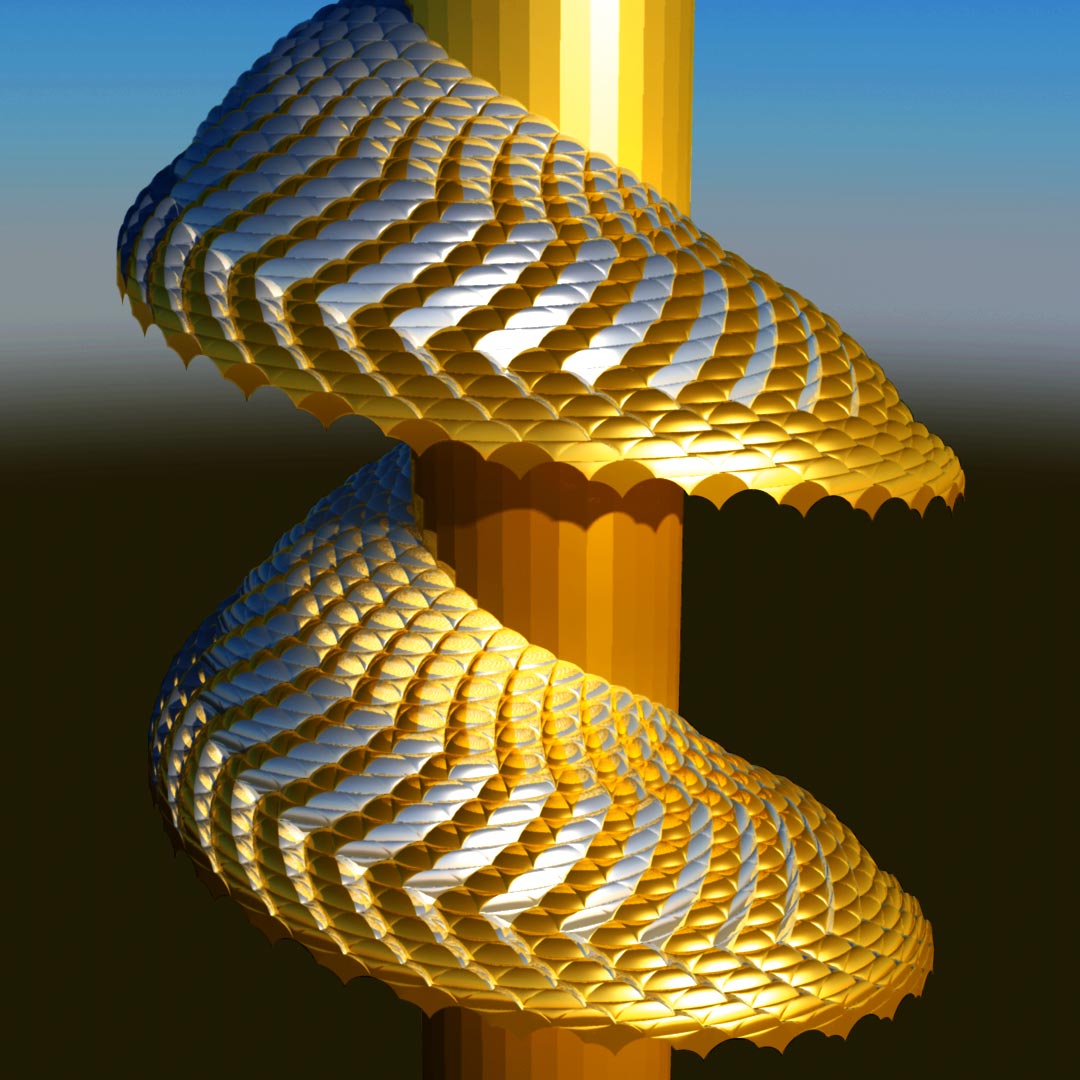 A Few More Motifs with only Plan Diagrams 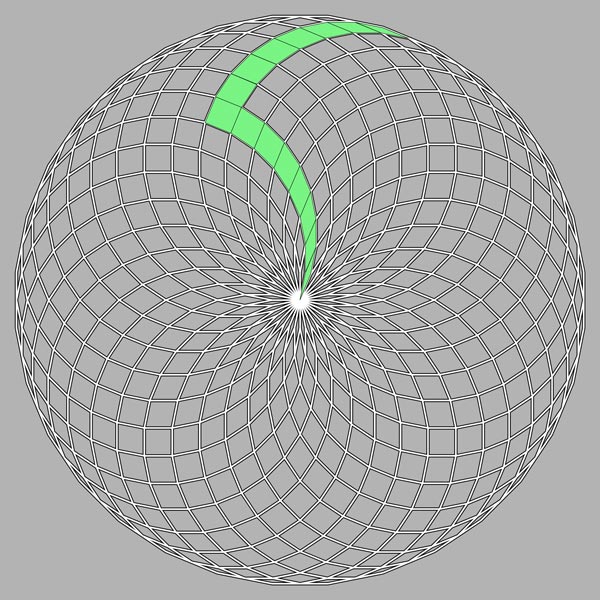 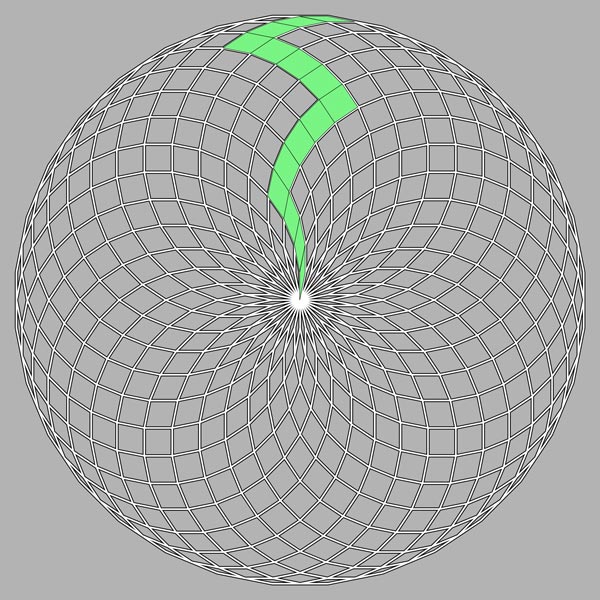 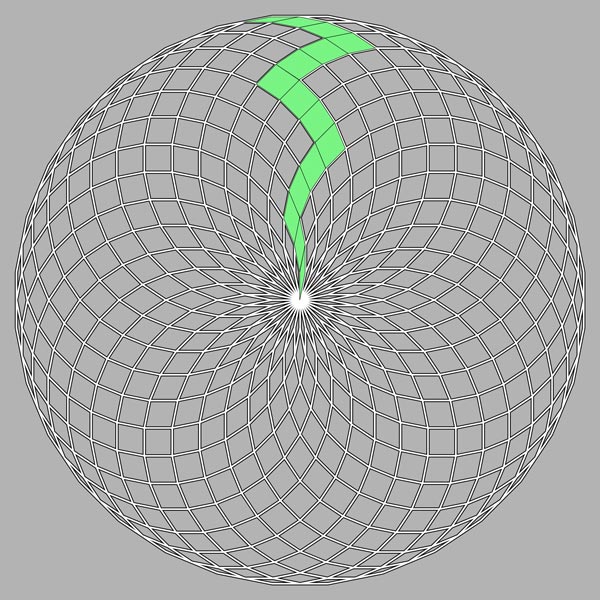 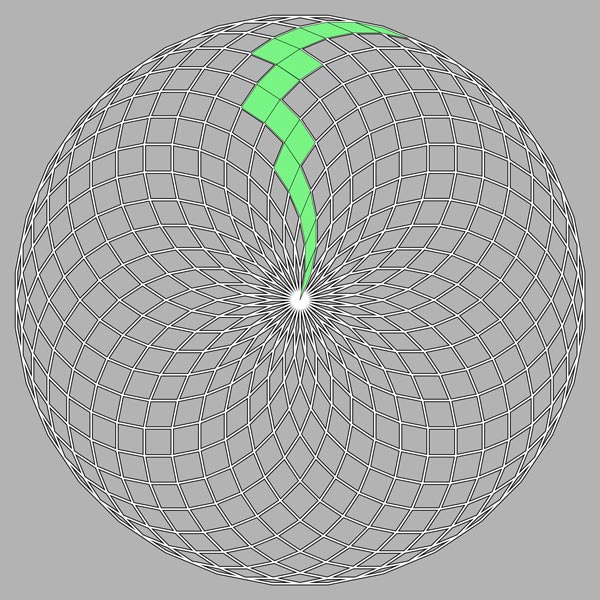 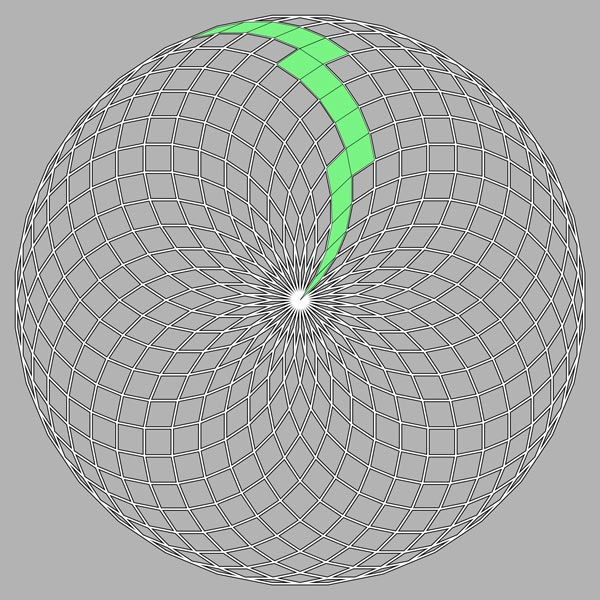