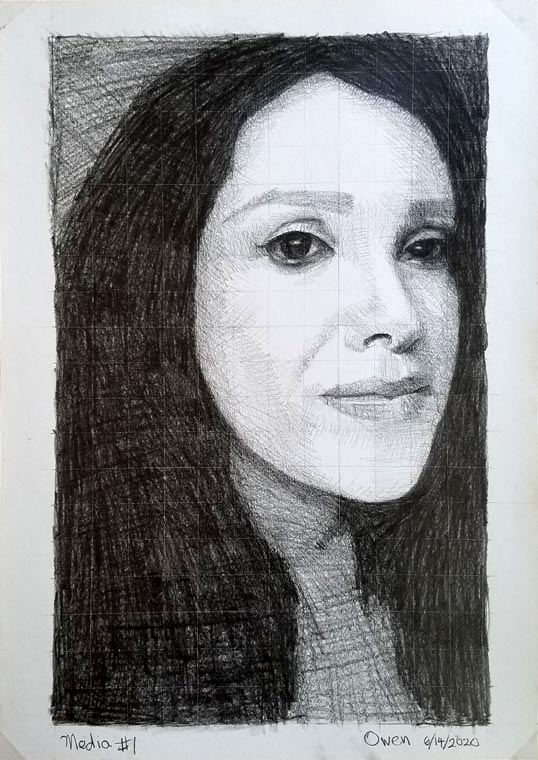 I drew this portrait with graphite on paper. A picture she sent me in 2015 was the basis for the piece. The fuzziness of the image, which is low resolution, appealed to me.

In this drawing I employed the grid approach applying the grid to the digital image. This is like the camera obscura image and then made a grid on the paper to transfer the image. I made the amateur mistake of using a sharp hard pencil to scribe the grid. Unfortunately this made the lines impossible to erase since they were ‘engraved’ into the paper.