William Morris directed, oversaw and published many beautiful books. As a member of the Pre-Raphaelite movement he led the Craft Revival in England. He was a Socialist and paid his employees above the prevailing wage. This is a CSS border image inside a border image. Both are reworked fusions of elements of numerous page borders from various of Morris’ books. His books contained illustrations by several of the prominent Pre-Raphaelite artists. 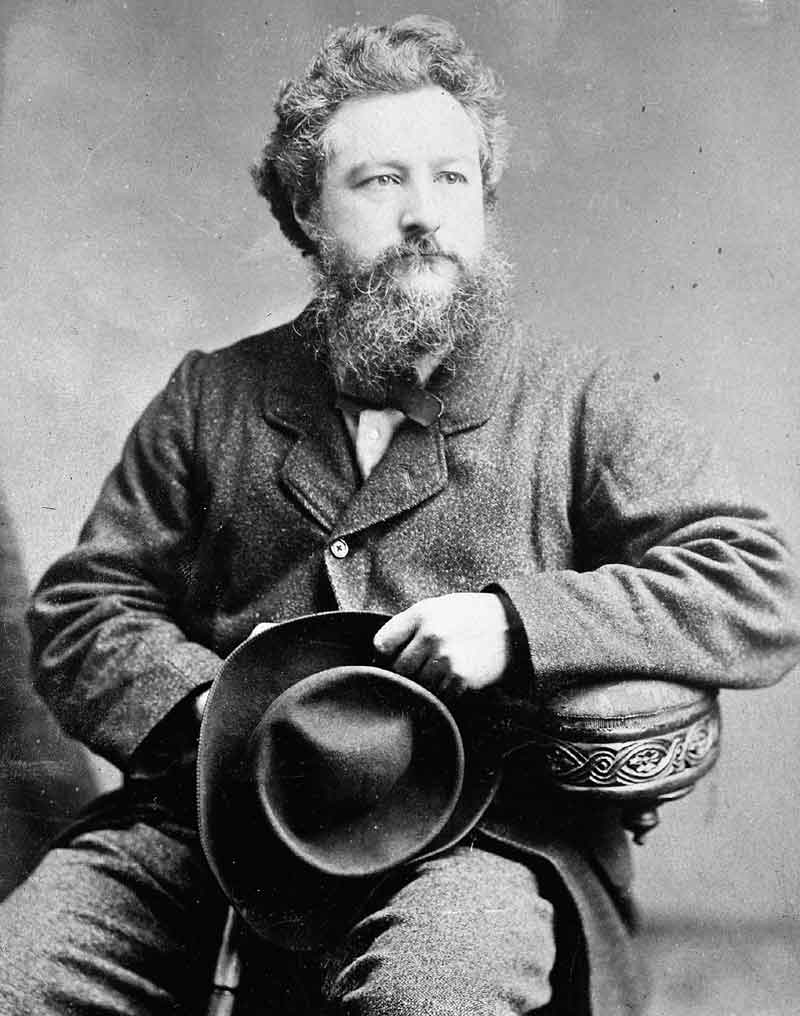 “In December 1888, the Chiswick Press published Morris’ The House of the Wolfings, a fantasy story set in Iron Age Europe which provides a reconstructed portrait of the lives of Germanic-speaking Gothic tribes. It contained both prose and aspects of poetic verse. . . . Over the coming years he would publish a string of other poetic works; The Story of the Glittering Plain (1890), The Wood Beyond the World (1894), The Well at the World’s End (1896), The Water of the Wondrous Isles (1897) and The Sundering Flood (1898). . . . Following the death of the sitting Poet Laureate of Great Britain and Ireland, Alfred, Lord Tennyson, in October 1892, Morris was offered the position, but turned it down, disliking its associations with the monarchy and political establishment; instead the position went to . . .” another.

“The Press’ magnum opus would be the Kelmscott Chaucer, which had taken years to complete and included 87 illustrations from Burne-Jones. Morris still remained firmly in an employer relation with those working at the Press, organising outings for them and paying them above average wages.”

These are the images I designed and used for the outer and inner border images. 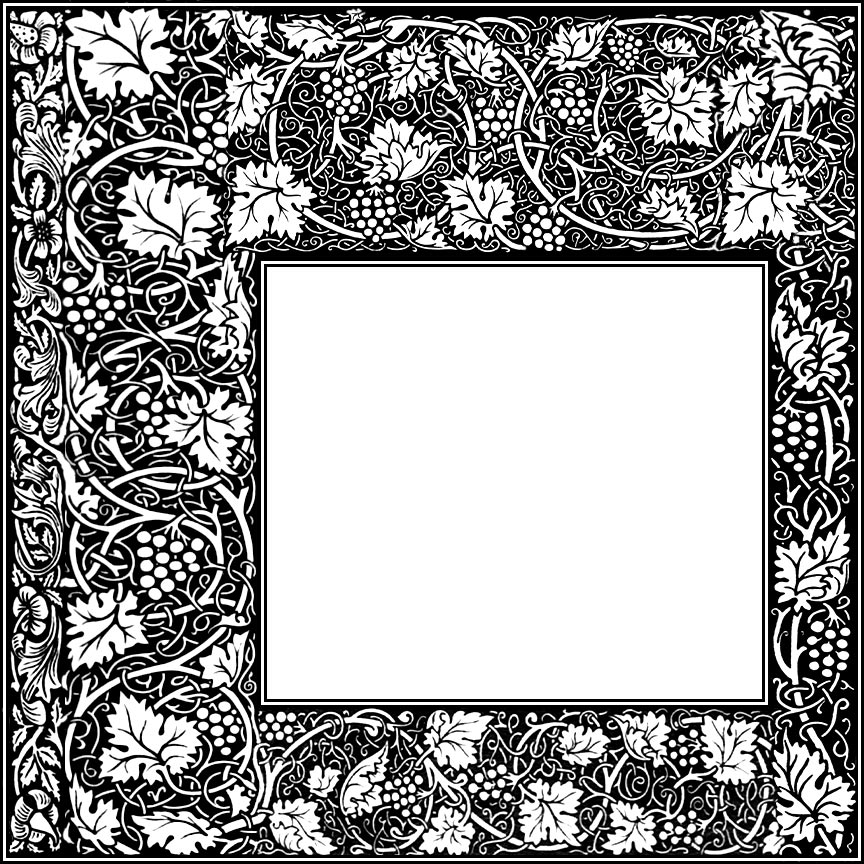 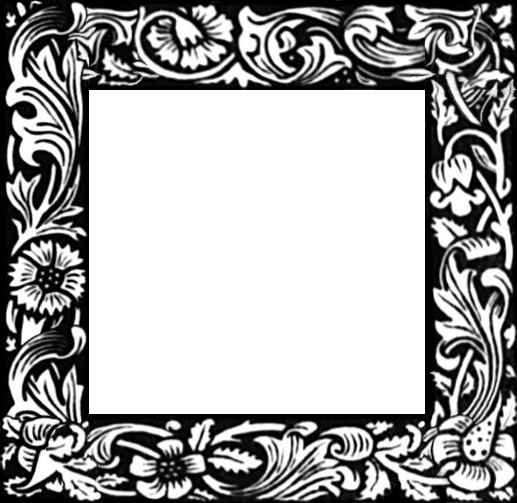