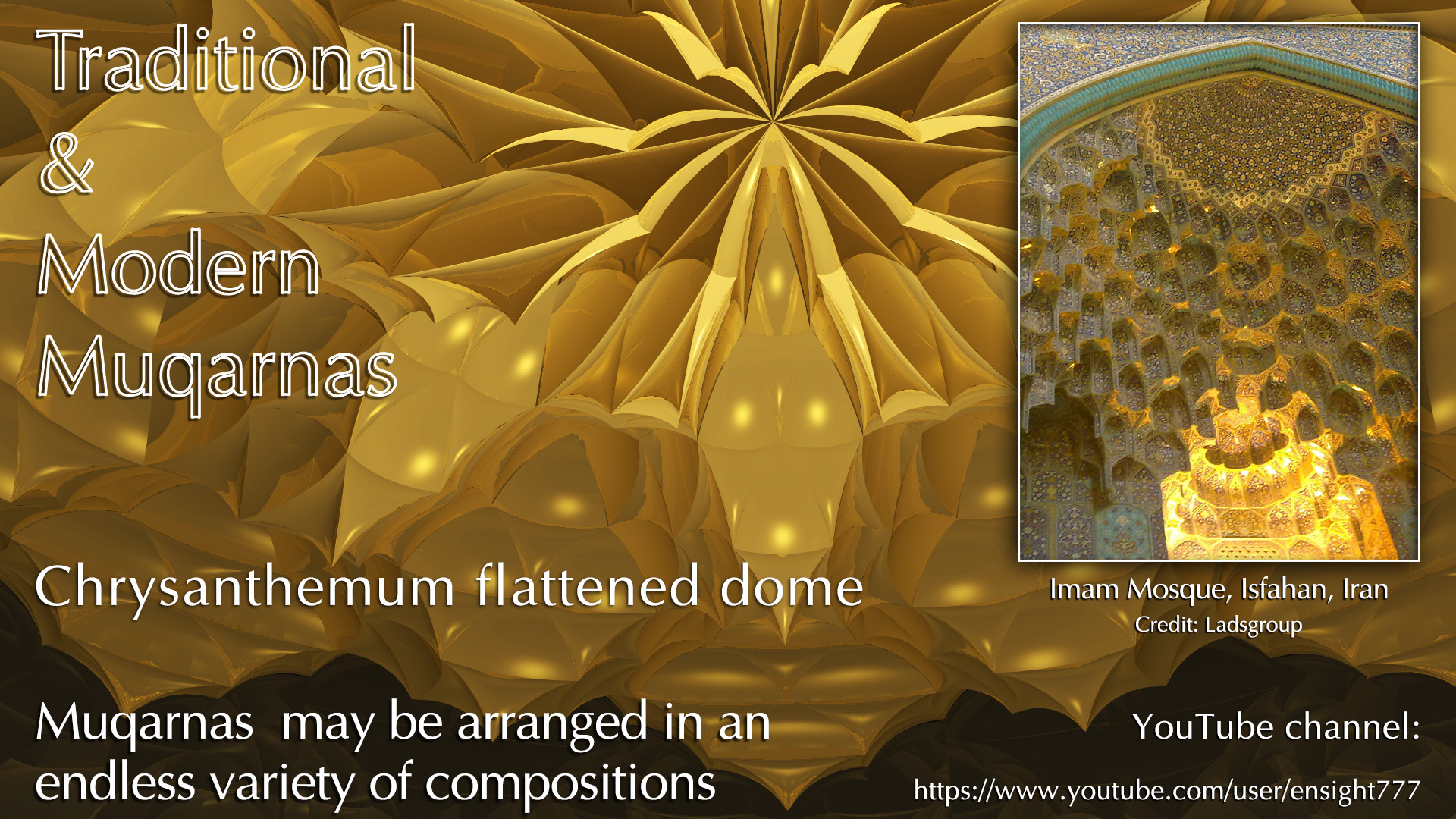 Muqarnas have a proud thousand year old tradition in the architecture of the Islamic world. There are many magnificent examples of this supremely decorative space-enclosing system. The inset image above of the Imam Mosque, which was formerly known as the Masjed-e Shah – Shah Mosque, is but one example. Construction began in 1020 Hijri (1611 AD).

The story of the history in which this mosque was built is fascinating, especially because it was Persia’s (Iran’s) first Shah that had it built and situated in a manner that cemented his authority over a fractious Persia. The architect, Ostad Ali Akbar Esfahani designed this four-iwan-type mosque. The inset image above is part of one of the iwans.

Of interest to those of the West who aren’t aware of it, the Master calligrapher, Reza Abbasi, supervised the construction. This is testimony to the importance and elegance of calligraphy to both Islam and Islamic architecture.

If it isn’t obvious in either image, muqarnas have a strictly geometric design. Today computers greatly simplify the work in designing the individual muqarnas tile elements as well as their construction into large, more complex compositions.

The muqarnas ceiling of my design in the overall background image, like traditional muqarnas, obey the strict geometric rules that all muqarnas follow. This folded arrangement transforms a dome into a flatter arrangement I call Chrysanthemum. Its animation is here:
My YouTube muqarnas playlist with dozens of muqarnas animations is here.