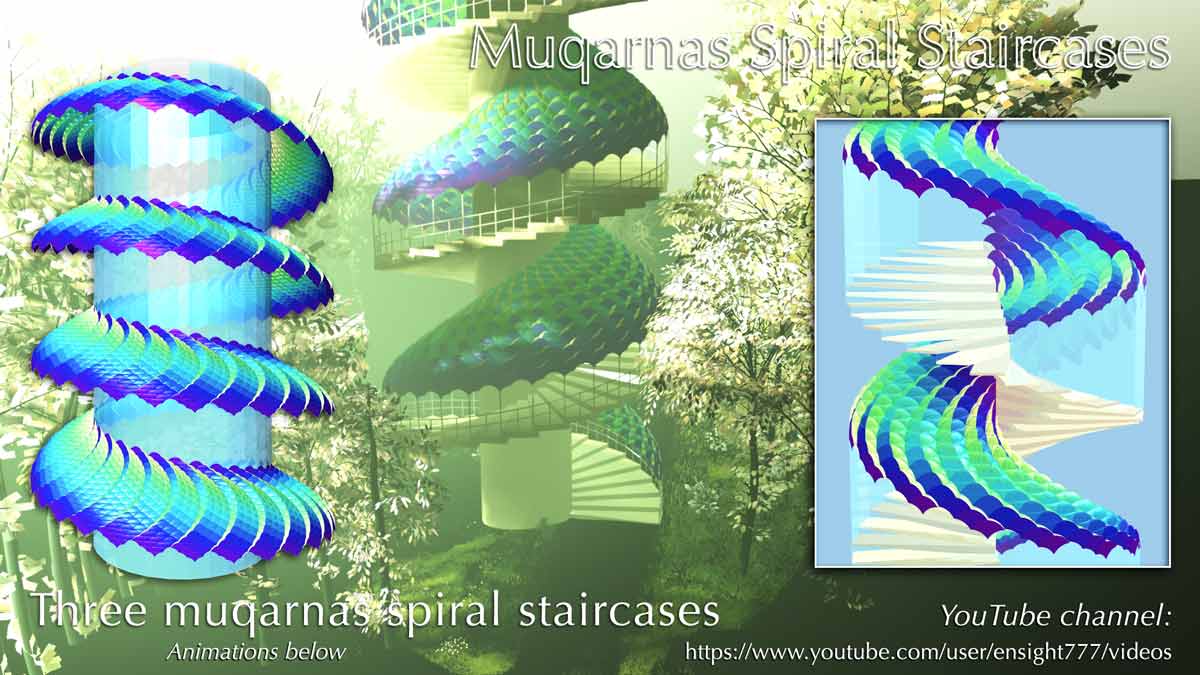 A Variety of Types

Most noteworthy, muqarnas haven’t been used as a ceiling treatment for spiral staircases. Due to the method I developed, it became clear there are many spiral staircase ceiling types. Initially, I discovered the one in the background image above. It is the spiral analogue of the first tier of the ‘Ray’ type expansion of the muqarnas dome. Its animation is below:
Another spiral staircase ceiling form I developed, the second, is seen in the image at the top on the left. It is the spiral analogue of the second tier of the ‘Crescent’ type expansion of the muqarnas dome, because it is derived from it.

Finally, the third spiral staircase ceiling form I developed is seen in the image at the top on the right. It is the spiral analogue of the traditional central dome. It is of the ‘Crescent’ type expansion of the muqarnas dome. Its animation is below.

The muqarnas ‘tier’ is manifested in the diameter of the central column. The last example has a central diameter of zero because it is derived from the central traditional muqarnas dome. My research into such muqarnas ceilings has only scratched the surface. Furthermore, it has established that a wide number of unique types are possible. Finally, I’ve developed an on-line presentation. In it I describe the methods I use to create various families of muqarnas forms. You can find it here.